Most of you have probably been living your lives to the fullest, happily unaware of the dramas unfolding in the VPN industry. Well, that’s about to change. Our industry is in deep trouble and user privacy is hanging in the balance. Dum dum dum….

Over the last several years, there has been a significant amount of consolidation happening in both the consumer VPN industry and the (mostly parasitic) VPN “review” industry. The majority of these acquisitions were undertaken by two entities:

J2Global is the digital publishing company that owns IGN, Mashable, PCMag, and other properties that derive their revenues through ads. They also own several SaaS companies that offer various digital services, including several VPNs:

Noticing any conflicts of interest? It’s pretty dishonest for media companies that actively engage in VPN reviews to own the VPN services they themselves review. Sure, they provide a one-liner disclosure of ownership, but the vast majority of people will easily miss it when they sign up.

Kape Technologies used to be known as Crossrider. Crossrider specialized in adware and browser hijacking software, but in 2018, they switched gears and became a cybersecurity company. Go figure. The primary investor for both of these companies is a man named Teddy Sagi. Teddy is an elusive Israeli billionaire who also served prison time for bribery and fraud back in 1996.

Crossrider, now rebranded as Kape Technologies, then went on an acquisition spree and started buying up VPNs:

This is where things get shady. In 2021, Kape made another acquisition, but this time it was for a company called WebSelence, a marketing firm that holds two properties:

Kape paid $149.1M dollars for this company. Just think about that for a second, those two VPN review sites are worth more than all their previous acquisitions combined (they acquired ExpressVPN later on).

Why does a “technology” company that owns a bunch of VPNs need a VPN review site? The answer to that is obvious — self-promotion. Let’s have a look at the top 3 “best” VPNs as suggested by vpnMentor, as displayed on their homepage.

Wow, surely this is a coincidence. 3/4 highest valued Kape properties are the “best” VPNs, according to a major VPN review site owned by Kape (Teddy Sagi). Talk about a Sagi move (hah!).

The VPN industry is dirtier than a dirt road at a dirt farm. Companies constantly make false promises of privacy, security and anonymity every chance they get. They then pay every Youtuber out there to parrot these false claims, and make it incredibly difficult to cancel memberships when users figure out they’ve been duped. When you do end up cancelling and hit up a “trusted” VPN review site to find another service, you inadvertently end up subscribing to a VPN owned by the same entity you think you just parted ways with. This takes deception and dishonesty to a whole new level (the Sagi-est level, if you will). Imagine Tesla bought Car and Driver magazine and branded themselves as the best car in every class. There would be lawsuits. There are 2 differences here, however:

How is Windscribe any different?

Since its inception in 2016, Windscribe has been and continues to be privately owned and operated. We have zero outside investors, and 100% of the equity is owned by the three founders (Yegor Sak, Alex Paguis and Mark Ulicki) and Windscribe employees.

Windscribe is based in Toronto, Canada — we’re telling you this because most VPN companies don’t reveal where they are actually based. Yeah, yeah, we know Canada is considered a “5 eyes” country, but if that made any difference, we’d spend the $1600 it costs to open an offshore company. The only people offshore companies protect are the owners (from liability and paying taxes). They have no bearing on user privacy. By this logic you can base your company in a toxic jurisdiction like China, Russia, or UAE, which are not “5 Eyes” countries, and everything is dandy. It’s not. Switzerland is not any better either, just read the recent news. The only thing you as a user can go by is how transparent a company is in their operations, ownership and ethics.

Windscribe does not advertise or run affiliate programs that pay VPN reviewers for their opinions (most of which are based on who pays affiliates the most.)

Yes Windscribe is a business, yes we like to make money, yes we want to make more money, but we believe we can do that ethically. In fact, it’s fun to go against the grain and prove to our parents we are actually the rebels we claimed to be when we were teenagers. The world today is filled to the brim with unethical businesses, practices, misinformation, and outright lies — so being ethical, informative and truthful is actually a good business strategy. It may take users a longer time to find us, but once they do, at least they can rest assured we take their rights seriously.

What you can do

If you’re reading this, you’re already better off than 99.9% of other people who use VPNs shilled by their favorite YouTubers (or football players). These are people who have no business promoting security products, nor do the marketing companies masquerading as “experts” in the field. If this article has pissed you off, tell a friend or two about it. Educate those around you not to trust the ads of “privacy companies” that promise they will prevent you from getting hacked, tracked or cured of your sleep apnea for a low price of $random_number for $random_time with $random_percent_off.

There is a simple way to choose a VPN, or rather how NOT to choose one. If you see ads for it, or someone shilling it for profit, don’t use that VPN. Claiming to protect against tracking, while being actively engaged in it to gain market share is hypocritical and dishonest. But considering the industry norms, what else is new?

Get the latest posts delivered right to your inbox

Here at Windscribe, we enjoy writing. Most of the writing that we do is code, however we do dabble in plain old English. Our old blog was hosted at Medium, 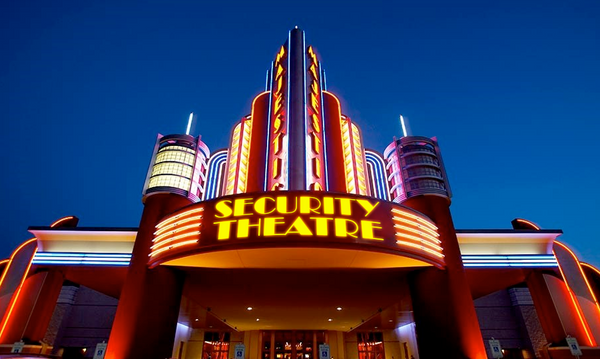 This article is a follow up to the OpenVPN CA sunset article, which outlined a double server seizure incident that occurred in Ukraine…

Stay up to date! Get all the latest & greatest posts delivered straight to your inbox