VPN usage has been rising steadily over the last decade, and there are no signs of it slowing down. The industry continues to grow rapidly, and as it grows, it is attracting some serious investment. In the vast majority of industries, growth attracts both innovation and competition. Generally speaking, this leads to an increase in the quality of product being sold, and reduction in pricing. Since we launched Windscribe in mid-2016 our main goals were, and always will be to:

But let’s not kid ourselves, we are still a business. That means in order to continue growing and paying employees, server hosting costs, etc., we need to generate revenue. Trust us, we’ve tried to pay the bills with rice crispy squares and high fives in the past, but unfortunately most businesses and people don’t accept dessert as payment.

These days, however, many tech companies prefer rapid growth over monetization. This effectively forces companies to raise millions or billions of dollars in order to keep operating at a loss. You heard correctly, they make negative money, sometimes for years or decades on end! Eventually the money runs out, and companies are forced to think about what they should have been thinking about from the very beginning: “How do we pay for everything?” You know what else desserts and high fives don’t pay for? Needlessly large 60,000 sq ft. open concept offices, Juiceros, and in-house prostate massages, oh, and most importantly investor ROI. So what do they do when they cannot pay their investors back? They begin to monetize your data and trade it like currency. Facebook is a classic example of this (special thanks for screwing up Oculus and Whatsapp!).

Consumer oriented privacy VPNs are supposed to have a very different business model, and it’s a simple one: do the opposite of everything Facebook does. What does this mean exactly?

Unfortunately this is not how most VPN companies, including the “premium tier” VPNs, operate. In some cases, these “privacy” companies are acting nefariously, purposely selling your data to increase their profits. In other cases, these privacy breaches are a result of companies trying to grow. Remember earlier when we spoke about the importance put on user acquisition? Sadly, one of the few ways VPN companies can compete in this market is through advertising. And where there are ads, there’s tracking. These trackers are used to optimize sales funnels and improve the efficiency of ads — ironically, the exact same things that VPN companies are supposed to protect you against. Is this hypocritical? Yep. Do all VPN companies mean you harm? Nope. Even ethical VPN companies can fall into this trap, and it is highly unfortunate that the game tries to force everyone to play dirty in order to succeed. If you don’t believe us, visit popular VPN websites and check to see how many trackers you are bombarded with (then compare it to ours). However, it isn’t just ads that are the problem, there is another ethical issue that is just as bad: affiliate programs.

Aside of regular advertising, which tracks potential customers, most VPNs also run an affiliate program. Affiliate programs existed since the dawn of the Internet. The original concept of affiliate programs was good: find an expert in a field that has built a legitimate following, have them review and/or recommend a product, and then give them a cut of the profits generated from the sales of said product (a.k.a. kickbacks). In a perfect world, this is a pretty ethical practice. We trust those that demonstrate trustworthiness, and we trust those that we feel have our best interest in mind.

Sadly, in this day and age, everyone is a self-proclaimed expert. The standards for what people consider to be an expert are lower than the worker age limits at an iPhone factory; all you really need is an SEO optimized Wordpress site. In most other industries this isn’t a big deal since your safety isn’t threatened by which brand of coffee or phone case you purchase. However, when it comes to VPNs, choosing the wrong one could lead to serious real life consequences.

Unfortunately, many “security blogs” and VPN “review” sites are not operated by experts at all. Rather, by marketing companies specializing in advertising and SEO for their own customers, who then chose to dabble in VPN reviews as a lucrative side gig. Even the reviews themselves are written by outsourced bloggers. You’ve probably seen countless “Best VPN for [insert topic here] in [insert year here]” articles. Most of the time the articles aren’t giving you any new or relevant information, they just have the right keywords to rank well. Take this example of the highest rated Chrome “privacy” extension. It quite literally doesn’t even proxy any traffic, and is useless on it’s own. Or this page, that ranks free VPNs, with #1 option being a paid only VPN. The only objective of these articles is to rank VPNs in a very specific order to funnel people to the “top ranked” providers.

How VPNs are ranked

Have you ever noticed that when you read these VPN review sites, it’s mostly the exact same companies occupying the top 3 positions on most review sites? “Well,” you must be thinking, “ it’s probably because they all agree that these VPN services are the best, right?”. Wrong, although it’s a very reasonable assumption on your end. Here are just some of many of the emails we receive from VPN review sites:

In most cases, VPN companies are not ranked based on merit, quality, or objective arguments. They are ranked based on a single metric: cost per action (CPA), or how much money will the site be paid if a person signs up.

Look, we’re no angels either, at least when it came to promotion. When we first launched Windscribe back in 2016, we also participated in these “bidding wars”. Shortly thereafter, we saw the futility of our ways. The only winners in these bidding wars are the sites that perpetuate the deceptive practices in the first place. In order for Windscribe to receive a high ranking with some of these companies, they would ask us for $50 or more per CPA to make it “worth their time”. Guess who ends up having to absorb the majority of that cost? You do. This is why VPN service prices in the last 10 years have remained unchanged for the most part, while the price of bandwidth and cost of computation continues to drop. The increasingly bigger profit margin ends up in the pockets of these marketing sites and advertisers.

Ever since Youtube reduced their advertising revenue share for the content producers, they were forced to seek other sources of revenue to make ends meet. This new source of revenue is evident, you encounter it at the beginning, middle and end of virtually every single Youtube channel video these days.

You can’t really blame them, as they need to pay their bills. Most channels are not a 1 man show, there is a crew of people behind the scenes that make these channels possible. That being said, much like with affiliate marketers, which are just straight up advertising and SEO companies, Youtubers end up doing the exact same thing — hawking products of the highest bidder, with zero editorial oversight or care. A security/technology oriented Youtube channel can actually use the product, and if it checks all the boxes there is no harm in getting paid to promote it. However you will rarely see them actually do it. A food review, product unboxing or builder channels have no business promoting security products they know nothing about. Not everyone is guilty of this however.

On a side note, Windscribe doesn’t sponsor anyone. Instead, we make content, and sometimes hold film festivals.

Moving Forward: a Farewell to our Affiliates

Effective January 2021, we’re shutting down our affiliate program. We have no desire to participate in this pay-to-win ecosystem that channels money from you into the pockets of the affiliates that paid some random dude $200 to paraphrase another “review”. As a result, you will likely see Windscribe disappear from many of these sites. We’re going to take a small hit from this, but not as much as you’d think. 90% of our growth is because of you, users of Windscribe, who use our service and tell friends and family about it. You know, the good old fashioned way products used to compete and grow.

In 2021 and beyond we humbly ask that you help us grow Windscribe, by suggesting it to anyone who is looking for a VPN service, or just wants to enhance their level of privacy online. Our marketing budget is effectively $0 from this point on. We’re going to do our part — keep working on and improving Windscribe in order to provide best value and unparalleled functionality. We’ll leave the promotion in your capable hands. New (paying) users increase our revenue, which unlike our competitors, does not go to throwing cringe parties or booking private jets. Instead, we can hire more staff, work on new features and expand our network of servers — the things you pay us money to actually do.

Get the latest posts delivered right to your inbox 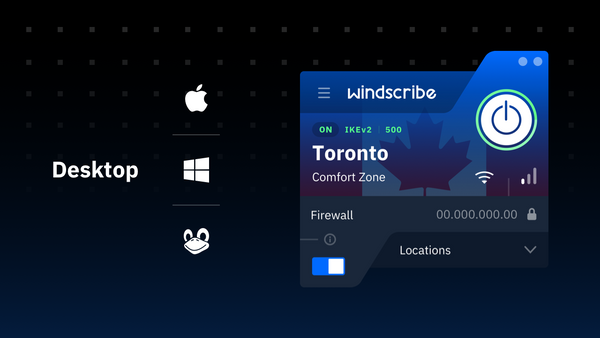 It’s been eons since we released an update for our Windows and Mac applications. This was not out of laziness, we were actually working on… 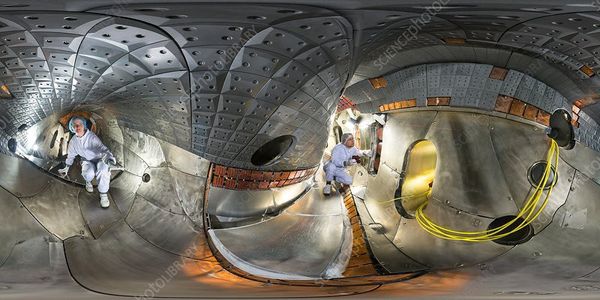 Here at Windscribe, we’re always thinking about the next big thing and what the future holds. How will AI shape the fabric of human…

Stay up to date! Get all the latest & greatest posts delivered straight to your inbox